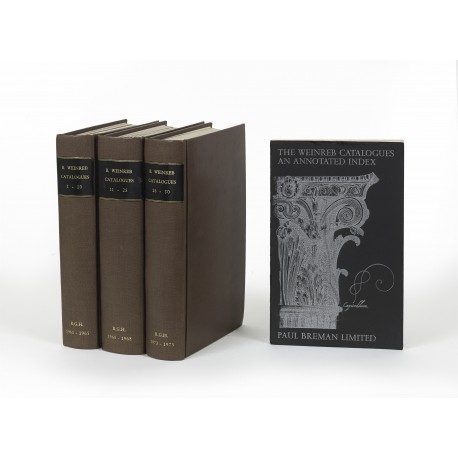 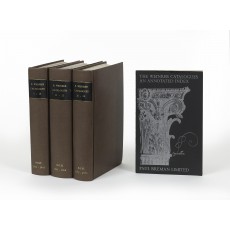 Offered with two (of six) catalogues in a “new series” issued by Weinreb Architectural Books at Henry Sotheran Ltd, in 1987-1988: Catalogue 3: Italian architecture: art, history and technology (1987); Catalogue 5: French architecture : a selection of books from the nineteenth and twentieth centuries, including some reprints and reference works relating to earlier periods (1988).
“The specialized catalogues of B. Weinreb Architectural Books Ltd are of enduring value, well presented and on subjects not over-sustained by the ordinary bibliographies” (from a review of Catalogue 50 in The Book Collector, Spring 1985, p.91). ¶ Exceptional set; complete sets in good state have become very scarce. ● Catalogues 57-58 and Catalogues (new series) 3 and 5 are not shown in our photograph.