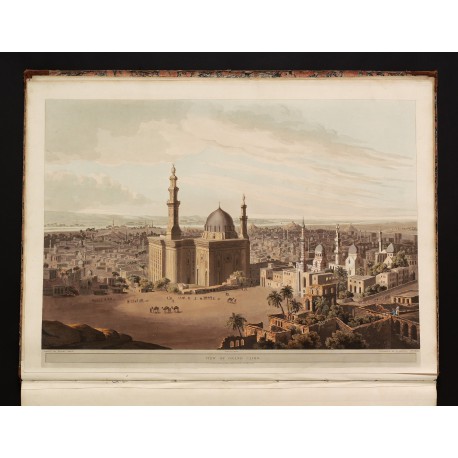 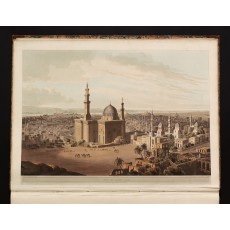 Fine copy of the first edition, with plates printed on a thick paper, mounted on guards and interleaved with card, features designated by Abbey as denoting a copy of an early issue (Abbey’s own copy was a late issue, post-1818).

We are experiencing significant delays to a number of EU countries as a result of both new customs processes and ongoing Covid-19 measures
pdf (1.89 MB)
Print

Fine copy of the first edition. A pupil first of the landscape painter Joseph Farington and later of John Hoppner, Salt had been appointed secretary and topog­raphical draughtsman to George Annesley, Viscount Valentia (afterwards second Earl of Mountnorris), on his imperial tour of India, Ceylon, and Egypt. In the course of the tour (June 1802–October 1806), Salt made numerous drawings, about sixty of which were used to illustrate Valentia’s Voyages and Travels (three volumes, London 1809); others were utilised for the present work.

Before leaving England, Salt had conceived the idea of publishing a collection of large-scale coloured prints from his sketches, and advertisements for it appeared in London in 1802 and in Madras in 1803. On his return to London, Salt developed from his sketches a set of twenty-four wash drawings and these were translated into aquatints by a team of printmakers working under the supervision of Robert Havell.1 Salt’s Views appeared the following year, modelled on the Daniells’ Oriental Scenery (1795–1808), as a portfolio of plates, dedicated to the Governor-General of India, Richard Wellesley, 1st Marquess Wellesley, priced 26 guineas. And like the Daniells’ publication, a brief text explicating the plates was printed in small format as an accompaniment. The text volume is not offered here; Tooley writes, it ‘is not important and the work is usually to be found without it’.

The Indian views are half of the total illustrations. ‘In choice of subject, composition and colour, his drawings are very similar to those of Thomas and William Daniell, who had visited India a few years before. Yet at their very best his sketches show a vigour, energy and sensitivity to atmospheric effects which drawings by the former often lack’; they ‘make an authentic contribution to the English Romantic tradition’.2 Valentia had returned to England via Egypt; the last two plates – Salt’s ‘View of Grand Cairo’, taken from the gate of the Citadel; and a view of ‘The Pyramids of Cairo’ – were drawn in February and March 1806 respectively.

In this copy the plates are on a thick paper, mounted on guards and interleaved with card, features designated by Abbey as denoting a copy of an early issue. Abbey’s own copy was a late issue, post-1818; another such copy is in Cambridge University Library, Harley-Mason.bb.16 (plates watermarked 1819). A new edition was published by T. M’Lean in 1822.3 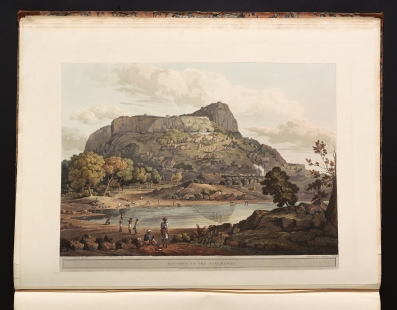 Image
View of the Fort at Rayakottai in the Baramahal Hills, Tamil Nadu, drawn by Henry Salt in February 1804, engraved by Daniel Havell, published 1 May 1809 (Plate xii) 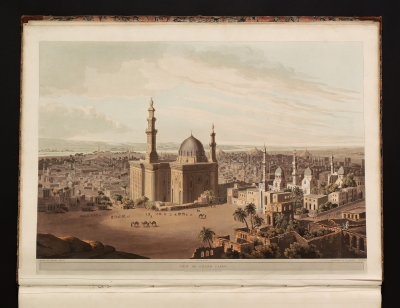